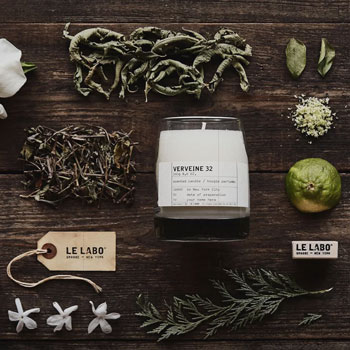 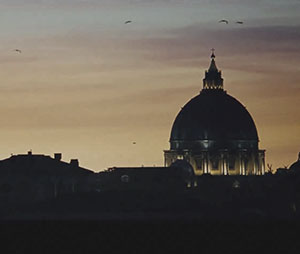 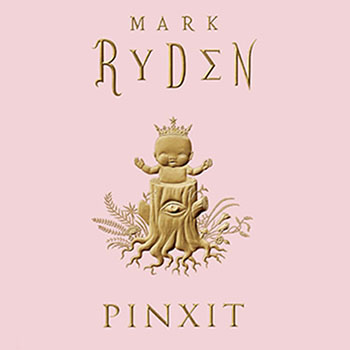 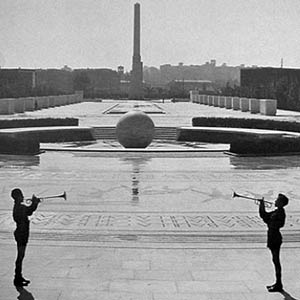 Luigi Moretti (1907-1973) is widely considered the most important Italian architect of the 20th century. He produced a massive body of work in the years 1930-1973 in Italy and further afield. Best known to Americans is surely his 1961 Watergate Complex in Washington DC. Some of Moretti’s most significant pre-war and post-war constructions in Rome are the Casa della gioventù in Trastevere (1933); modifications to the Porta S. Sebastiano (1940, apartment for Ettore Muti); the Casa detta il Girasole (1949); Accademia di scherma (1936), the Piazzale dell’Impero (1937) and ex-Palestra del Duce (1936) at Foro Italico (1936); the Villaggio Olimpico (1960); the Incis area in Decima (1960). You can see a huge selection of his works on Pinterest. 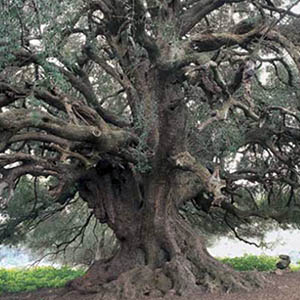 Sardinia is a land of ancient trees, true botanic archeology.
Left: pine, planted in 1867 by Giuseppe Garibaldi for the birth of his daughter Clelia, still dominates in the garden of the Caprera island White House.
A destra: Right: “S’Ozzastru”, as it is called by the locals, is the patriarch of old olive trees in Santu Baltolu, near Luras. With its estimated age between 3000 and 4000 years, it is also the oldest olive tree in Europe.
4000 years, say, are 700 years before Tutankhamon. 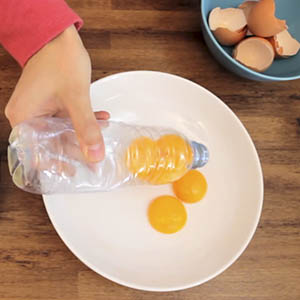 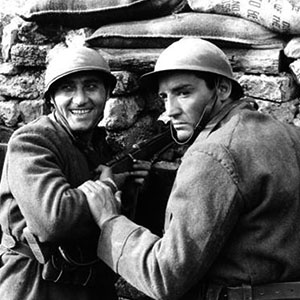 Oreste Jacovacci from Rome and Giovanni Busacca from Milan meet each other during the call to arms at the start of World War I. Although completely different in character, they are united in their lack of idealism and their desire to avoid any danger and get out of the war unscathed. They and a varied group of civilians and fellow soldiers (including the prostitute Costantina, played by Silvana Mangano) go through many ups and downs during their training, battles and rare moments of leave. They are considered “inefficient” due to their limited military valour and so are made message-runners to the staff, a very dangerous job. Having succeeded in their mission, a sudden change in which side hold which trench leaves them in enemy territory, where they are captured by the Austrians wearing Austrian uniforms they had found in a barn. They are accused of espionage and condemned to be shot by firing squad…
One of the best Italian films about war, won the Golden Lion at the Venice Film Festival in 1959 ex aequo with Il generale Della Rovere by Roberto Rossellini and was an Academy Award nominee as Best Foreign Film. 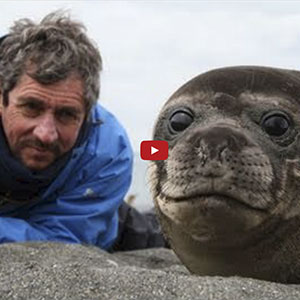 Irish journalist Charlie Bird was travelling through Antarctica, following the route of explorer Tom Crean’s final expedition alongside Ernest Shackleton aboard the Endurance in 1914-15, when he met a bunch of seals who changed the way he thought about and interacted with animals for the rest of his life. 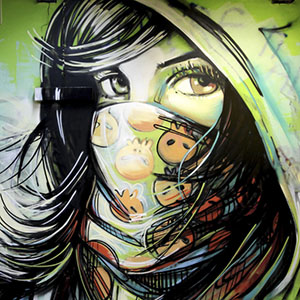 Alice Pasquini is a visual artist from Rome who works as an illustrator, set designer, and painter. Alice’s preferred canvases are city walls and she’s traveled widely in the past few years to bring her artwork to life on the streets of different cities across the globe. Growing up in the culture of ’90s hip-hop, she was struck by the heroine of a comic named Sprayliz, which centered around a girl who created politically themed graffiti, and using this inspiration she began moving toward the world of street art. Through her art she strives to demonstrate the small moments between people and their connections to one another. She wishes to represent human emotion and explore these emotions from a different point of view. Alice is particularly interested in the representation of women in art and the desire to show strong, independent women in a way that differs from the highly sexualized image of femininity that is typically seen in society.
Alice su Facebook :: Alice su Flickr :: Alice website 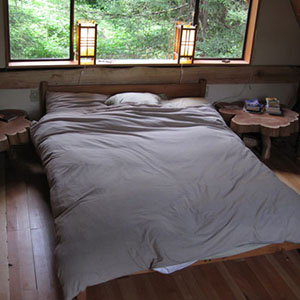 Brian Schulz wanted to see “how small of a house I could make feel big”. Inspired by the traditional Japanese minka homes that rely on local materials and steeply sloped roofs to create affordable, open structures, Schulz created a home using materials salvaged or sourced from within 10 miles of his home. The result is a 14-by-16-foot home in tune with its surroundings that cost only 11,000 dollars (mostly for concrete, shakes and insulation), along with about a year and half of Schulz’s spare time. Much of the wood Schulz collected from the bay while kayaking (he teaches traditional wood kayak-building for a living) and then he milled it himself on-site. Corner posts were blowdown trees from a friend’s forest. Kitchen counters were milled from a fallen tree he’d held onto for 8 years. Stair railing is alder poles cut from beside the house. The 3 tables in the home were cut from cedar found on the beach and constructed in 2 hours. He laid flooring using low-grade reject fir, created trim using miscellaneous scrapwood and bought all the home’s windows for $40 from the local dump (the french doors came from craigslist). Brian’s blog.

This website uses cookies to improve your experience while you navigate through the website. Out of these, the cookies that are categorized as necessary are stored on your browser as they are essential for the working of basic functionalities of the website. We also use third-party cookies that help us analyze and understand how you use this website. These cookies will be stored in your browser only with your consent. You also have the option to opt-out of these cookies. But opting out of some of these cookies may affect your browsing experience.
Necessary Always Enabled

Any cookies that may not be particularly necessary for the website to function and is used specifically to collect user personal data via analytics, ads, other embedded contents are termed as non-necessary cookies. It is mandatory to procure user consent prior to running these cookies on your website.